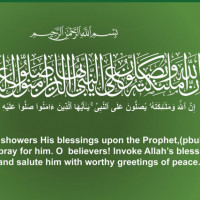 The next mother of the believers was truly an extraordinary human being and it’s an honor to write about her. Her real name was Hind Bint Abi Umayya, she is from the tribe of Banu Makhzum, and cousins with a few of the most notable men in Islam, for example, Khalid ibn al-Walid. Since we already mentioned the tribe that Umm Salama a part of, we should also mention who her father was. Umm Salama’s father was a man by the name of Abu Umayya. He was a prominent figure of his tribe and was known for his generosity and hospitality. The tribe that Abu Salama came from was also a very high-ranking tribe and because of that, they were always competing amongst each other. Essentially their reunion was a big deal because it provided a bridge between those two tribes. Short after their marriage, Abu Salama reverted to Islam.

Because the prosecution in Mecca was getting exceedingly worse, the people decided to make hijra to Abyssinia. After the birth of her son Salama, our mother Hind al-Makhzumiyah was known as umm Salama, which means the mother of Salama. In terms of umm Salama’s conversion, she converted before most of her family members. Umm Salama’s first Husband was Abdullah bin 'Abdul Assad is also known as Abu Salama. Abu Salama was one of the earliest reverts to Islam and was later joined by his wife. While they were in Abyssinia, they heard that the prophet made his way to Madinah and the decision to join him. The family of umm Salama decided she will not go with Abu Salama and decided to separate her and her family. After Abu Salama's family heard they said, you can keep umm Salama but Salama carries our blood and we will not allow him to stay with your tribe. They sent Abu Salamah on his way to Madinah and Umm Salama was sent back to Mecca.

Umm Salama was separated from her son and husband for a whole year. The pain she was going through was so excruciating that she would walk to the Kabah in Mecca and with tears in her eyes cursing those who have separated her from her family. Recalling the story out loud she would make dua to Allah to reunite her with her loved ones.   After a while, the tribesmen felt pity for Umm Salama and gave her permission to return with her family. Before they could change their mind, umm Salama collected her belongings along with her son and she started the journey to Madinah to her husband. A few miles into the trip, umm Salama only reached at-Tanimim, when she was spotted by the name of Uthman ibn Talha. Here is how the story goes. Umm Salamah said "He then took the reins of my camel and led us on. I have, by Allah, never met an Arab more honorable, generous, and noble than he. When we reached a resting place, he would make my camel kneel down, wait and walk away until I dismounted. Then he would come back, take the camel and tie it, lead the camel to a tree, and tether it. He would then leave and go to the shade of another tree (to sleep there) far away from me. In the next morning, he would bring my camel, prepare the saddle, call me to come and mount it, then he would leave, and then when I would get on the camel he would come back and lead us on.

He continued doing this every day until we reached the outskirts of Madinah. When we got to a village near Qubaa' (about two miles from Madinah) which we could see in the distance, he said, "You see that village? Your husband is there. Enter it with the blessings of Allah, now you are on your own". He then simply turned back and headed for Makkah. Umm Salamah was overjoyed to see her husband and he was delighted to see his wife and son after a long time of separation.  The family stayed together with the prophet in Madinah, in those three years they had more children, their names were Durra, Umar and Zainab.  Abu Salamah also had an incredible story. He participated in 3 of the migrations. He was a warrior in the battles of Badr & Uhud, unfortunately, the trauma his body received from Uhud would be what killed Abu Salamah. “The Messenger of Allah (may peace be upon came to Abu Salama (as he died). His eyes were fixedly open. He closed them, and then said: When the soul is taken away the sight follows it. Some of the people of his family wept and wailed. So he said: Do not supplicate for yourselves anything but good, for angels say" Amen" to what you say. He then said: O Allah, forgive Abu Salama, raise his degree among those who are rightly guided, grant him a successor in his descendants who remain. Forgive us and him, O Lord of the Universe, and make his grave spacious, and grant him light in it.” After the death of Abu Salamah, umm Salama has separated again from her beloved but this time she had all her children with her.

After the waiting period was over the marriage proposals were coming one after the other for umm Salama. The first one was none other than Abu Bakr As Siddique whom she rejected, the second person that comes to her with the proposition of marriage was Umar ibn-Khattab whom she also rejected. For Umm Salama, there was no one better than Abu Salamah. There was simply no competition. Until the marriage proposal from our beloved prophet was presented to umm Salamah. Although umm Salama was hesitant at first this was her response. "O Messenger of Allah, I have three characteristics. I am a woman who is extremely jealous, and I am afraid that you will see in me something that will anger you and cause Allah to punish me. I am a woman who is already advanced in age and I am a woman who has a young family." The Prophet replied: "Regarding the jealousy you mentioned, I pray to Allah the Almighty to let it go away from you. Regarding the question of age, you have mentioned. I am afflicted with the same problem as you. Regarding the dependent family you have mentioned, your family is my family.”

The prophet kept his word when told umm Salama that her children would be considered his as well. In a beautiful hadith, Umm Salama was so much more than a wife to the prophet, she was his advisor in all matters. She was intelligent, wise, and inquisitive. Umm Salama never missed an opportunity to ask a question that pertains to the important matters of Islam and women and was always willing to answer any questions someone had. After our mother Aisha Bint Abu Bakr, she narrated more hadith than any other woman. Even after the prophet's death umm Salama, she served her people in many more ways, which we will go into further depth about in part two. Stay tuned!